The appeal of having a lover

The appeal of having a lover 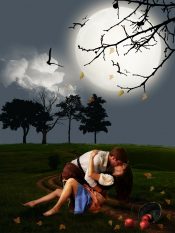 The “other person” (lover)

I’ve been researching this subject for many years and I’ve learned a few things about the appeal of an affair.

So what’s the appeal of an affair that seems to grip someone so tightly that they simply cannot stop?

Hollywood portrays having an affair as a fun mischievous adventure that usually turns out good.

It’s almost like they are saying…”it’s good for what ails you” but lets look further and see.

This may ending up being a two part series but I’ll get as much in as I can.

There is more to having an affair than meets the eyes and its not where you can see it.

Two things happen in one’s brain when someone becomes “infatuated” with another person.

The first thing that happens is that dopamine floods the brain which heightens the feeling of pleasure.

One feels a “flood of energy” which explains why one feels excited during that first conversation with the other person.

The next time one sees that person, before  even talking to them, they get that “dopamine rush”.

From that point on every time they see the other person they associate that person with intense pleasure.

They don’t really know the person but every fault that the other person has will be ignored.

The person can’t even see these faults because of the dopamine addiction that they now have.

This is simply the beginning of what is to come into their lives. They know it’s wrong but they can’t stop.

I won’t get into the rest of this subject until I complete part 2 but the results of entering this can be deadly.

We can help you get to the other side of an affair safely. Contact us