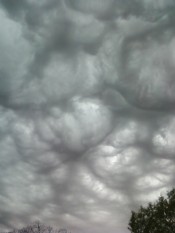 He has a good job, loves his wife and children and is an usher at his local church. He heads off to work and picks up a cup of coffee on the way. He arrives at work, goes to his office, and sits down at his desk. As he takes a sip of his coffee, and notices the cute new co-worker walk past.

He watches her as she walks out of sight, and begins to think to himself.

WOW I wonder what it would be like to be with her? But he can’t think those kinds of things right? I mean he is an usher at his church, and after all, his wife is a beauty herself!

He thinks to himself “I love my wife and our sex life is great!” He cannot get his cute co-worker off his mind.

All of a sudden, he gets what amounts to an almost “invisible” craving for something.

He knows it cannot satisfy this “itch” by getting with his now cute co-worker…so he reaches for his computer keyboard.

He wants to get his mind off this urge because he knows that it is not a healthy urge.

He goes to his favorite sports news site to get the scores for the basketball playoffs, hoping that it will take his mind off things and he sees it,

a picture of a line of scantily clad cheerleaders cheering for his favorite team.

This makes the “invisible craving” come to the surface of his thinking and he makes the fatal move.

He clicks on a search engine and goes to a site where he knows he can see pornographic pictures.

After he finishes viewing the pornography online…he realizes that the “crisis” is past. What was his mistake?

He went to the wrong place to get his mind off what he was thinking about. He had no support system, no structure, and no accountability.

As you read this…you think to yourself, “but I’m not really addicted to pornography, I’m a Mother or a Father, I can’t be addicted to this!”

but as you think back you realize that you really cannot stop viewing pornography.

It may be a magazine or on-line media…but eventually you always go back. So you resolve to “partake” of pornography “once in awhile” as long as it is not too much.

What most do not realize is that pornography is highly addictive and they fail to realize it.

So pornography slowly pulls people in and holds them in its powerful grip.

Pornography is one of the most addictive things known to man and my research shows that once is all it takes.

It is a difficult thing to conquer but it CAN be done! The Penewit Center can help you set up a support system that can work.

They can  help you set up an accountability system that you will be able to turn to when temptations are stronger than you are.

If you are willing…Fort Worth Christian Counseling may be what you are looking for.