No point in talking when no one is listening 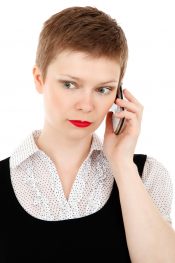 Are you listening to me?

I remember a song years ago from Rod Stewart about young love.

In the song he sings about 2 young people in love who take off on the open road to try to find their future.

But one of the lines in the song explains everything..

“Billy wrote a letter back home to Patti’s parents tryin’ to explain.

He said we’re both real sorry that it had to turn out this way.

Let me state here that I do not agree with the song as a lifestyle… But the “where Billy wrote the letter” rings true.

Please just listen to me!

The difficulties that so many couples have is that there is no one listening.

People tend to think that if somebody doesn’t agree with what they say then they are not being heard.

It seems that in the song Billy and Patty we’re trying to get their point across,

they were trying to be heard but nobody was there to listen, to validate their feelings.

How to validate a person when you do not agree with what they are saying.

So the question is how do you validate a person if you don’t agree with them?

2. Listen very closely to what they are saying even if you don’t agree with it.

3. There may be some points in their conversation that you can work with.

4. The point is listen to them until they are done talking.

Then say “I understand what you are saying but I just can’t agree with it.

I am not saying that this will “fix” the situation…

Christian Counselors in Fort Worth Texas