Depression is as bad for your heart as high cholesterol 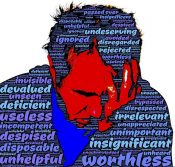 I urge everyone to read this article from a news service that I frequent. You will learn what I have known for quite some time…Depression is as bad for your heart as high cholesterol

In a new analysis, German researchers looked at health information from 3,428 European men, ages 45 to 74, who were followed for 10 years. And it turned out, dying from cardiovascular disease during the study period was as strongly associated with depression as it was with several of the classic “big five” heart disease risk factors: obesity, high cholesterol, diabetes, high blood pressure, and smoking.

Depression—which for this study, was determined by a checklist of mood symptoms, including anxiety and fatigue—accounted for about 15 percent of cardiovascular and coronary heart disease deaths, and high cholesterol and obesity for 8 to 21 percent. Diabetes posed less of a risk, accounting for 5 to 8 percent of heart-related deaths.

Only two risk factors accounted for more cardiovascular deaths than depression: smoking (between 17 and 20 percent) and high blood pressure (between 30 and 34 percent). Writing in the journal Atherosclerosis, the authors conclude that “depressed mood and exhaustion holds a solid middle position within the concert of major cardiovascular risk factors.”

Mental-health screenings should be standard in patients who have classic heart disease risk factors, they write, and depression should be addressed to hopefully prevent additional risk to the heart. Plus, they add, treating depression is likely to have noticeable, tangible benefits to patients—something that can’t be said for factors like high blood pressure or cholesterol.

Heidi May, PhD, a cardiovascular researcher at the Intermountain Medical Center Heart Institute in Salt Lake City, says that the new research is “very much in line with what’s currently being reported by other studies.” May was not involved in the analysis, but has also studied the link between depression and heart disease.

“There’s a growing recognition for the need to screen and treat depression, and that doing so can reduce the risk of negative cardiovascular outcomes,” she says. “This study adds to the research by looking at specific mood symptoms, so I think it’s a great addition to what we already know.”

May says that depression likely affects the heart in a variety of direct and indirect ways. “There are some physiological changes that take place in the body with depression, and there are also behavioral changes.” Depressed people are more likely to smoke, exercise less, and skip their prescribed medication, for example.

For the current study, the results for each variable were adjusted for all other risk factors—suggesting that depression is independently linked to heart disease, and is not just a contributor to unhealthy behaviors.

Previous research has also shown that this association is likely a two-way street: Just as depression can contribute to heart disease, suffering from a serious heart condition can also lead to depression. And in turn, depression can then impair recovery.

Sanguine in marriage I “slipped” now I need help!

Donate! Help us to help others!

Click here to donate! Help us to help others