evil and its effect on man 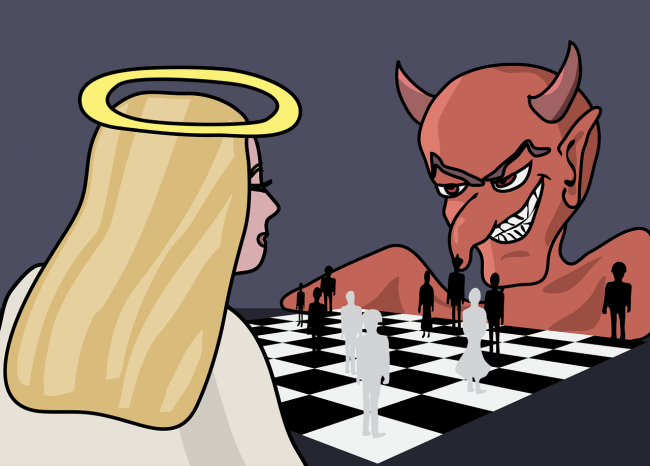 evil and its effects on man

Right from the start I know that I’m raising a few eyebrows with this topic.

I remember when we were pastoring a church years ago the topic of “the devil” was one that people didn’t want to hear and so I had to tread carefully around that subject.

The truth is that satan does have a major effect on us if we allow it.

How we go about taking authority over him makes the difference.

I have recommended a book by Keneth E Hagin called “The Believers Authority” (<—click link to buy it) to many people because in it Kenneth Hagin details how we have total authority over the devil and how to exercises that authority.

Each person will approach this subject differently, so knowing just how you approach subjects like this are vital.

It’s vital to know where the battle is

So “fighting the good fight” (1 Timothy 6:12) is the beginning…so lets look at WHERE the battle is.

All to often we are fighting a battle that we can’t win because we are ON THE WRONG BATTLE FIELD.

Speaking The Word of God against the evil that is attacking your marriage is how to win!

If we can learn to “speak our mates language” the battle would be just about won.

It’s all in the translation

Learning to “translate” what your mate is saying to you is easier than you think. It’s as simple as learning with your mates Temperament is Lets look at the 5 Temperaments: